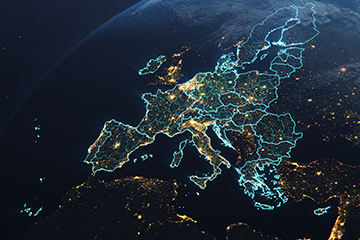 In mid-March 2022, Eurostat issued its yearly statistics on the Acquisition of Citizenship in EU member states, which results are taken from the most recent data obtained by each countries' social evolution and other records. In recent years, more persons are becoming EU citizens by naturalization, by merit, or by succeeding in rendering exceptional services and continuous investment in EU countries that offer Citizenship by investment programmes.

729,000 individuals were granted citizenship by an EU Member State in 2020. This shows a 3% increase on the previous year, which amounts to an additional 22,600 persons to total registered in 2019. 706,400 persons obtained citizenship in 2019 and 672,300 in 2018. Despite the extraordinary situations that Europe was facing during the first year of the Covid-19 pandemic, citizenship acquisition kept rising in many of its countries.

Non-EU individuals that were granted citizenship of an EU member state in 2020 add up to 85%, who were mostly already residing in the respective Member State of choice. 28% of the aforementioned percentage are origin citizens of Morocco (9.5% of total recipients of an EU Member State citizenship), Syria (7%), Albania (5.5%), Brazil (4%), and Turkey (3.5%).

The report analyzes other demographic factors such as sex and age based on the total of new EU Member State citizenships data. We'll see a close to equal in the 2020's gender statistics from this information. The female gender prevails the male with only 2%, enrolling 51% women citizens and 49% men in different EU countries. The average age of persons obtaining their citizenship in the EU was 33 years, making part of the 42% of the total ageing between 25 and 44 years. 36% were younger than 25 years of age and 22% were 45 years and older.

This latest report sheds a light on how the new citizenship and naturalizations are affecting the EU Member States as a whole, based on factual statistics gathered from many countries in the EU. In Malta, the Office of the Regulator together with the Community Malta Agency oversees all applications for Maltese Citizenship, which information is collected and later evaluated to create national statistics on different naturalizations to understand the socioeconomic development of our country. The office of the regulator issues a stand-alone report covering many aspects of the Maltese Citizenship by Investment programme that gives a detailed overview with full transparency on the programme's developments.

Earlier this year, the Office of the regulator (OR-GCES) issued its 7th Annual Report on the Individual Investor Programme (IIP) of the Government of Malta. This report shows in-depth statistics on the final year of the first national citizenship by investment programme which was replaced with the Granting of Citizenship for Exceptional Services programme in November 2020, the same year on which the upcoming data is built.

In 2020, the Malta Community Agency (CMA) which was previously known as the Malta Individual Investment Programme Agency (MIIPA) established that 317 applications were submitted and 185 of this total received their initial approval, meaning that the main applicant and his or her dependants succeeded their eligibility and 4-tier due diligence process. 75% of applicants were men and 25% of applicants were women. Despite the low rate in female applications, this gender has slightly increased from the beginning of the said programme. There were no stateless persons applying for Maltese citizenship through this route. 92% of the main applicants registered in 2020 were holding one citizenship, which originated from their country of birth. Another 7% had in their possession dual citizenship and 0.3% holds 3 other citizenships.

The total number of persons reaching the final stage of citizenship during 2020 amounted to 443, a figure that includes the naturalizations of main applicants and their dependants. 134 persons who primarily applied for their citizenship and their dependants' were naturalized, together with a total of 96 spouses, 157 minor dependants and 56 adult dependants. The highest percentage of these main applicants are aged between 45 and 64 years of age, with 63%. The second-ranking was the 25-44 age bracket with a percentage of 32%, followed by applicants who are 65 years old or higher. Only one registered applicant was younger than 25 years at the time of naturalization. Considering all naturalized persons by this programme in 2020, most successful applicants came from Europe, formulating 57% of the total, followed by Asia with 26%, Africa with 9%, North America with 5%, Middle East & Gulf with 2% and the Caribbean with 1%.

*As stated on the Eurostat report, the individual values do not add up to the total due to rounding.

Our multilingual professionals at DZ Advisory would be glad to assist you with your enquiries. If you would like to receive more information, please provide us with your contact details and one of our team members shall be in contact with you promptly.

Fill your email below to subscribe to our newsletter

An Outline on the... 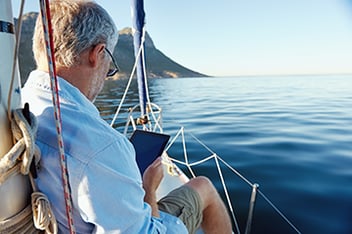 Forbes lists Malta in the top... 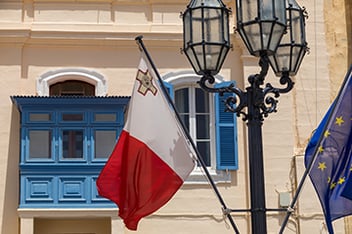